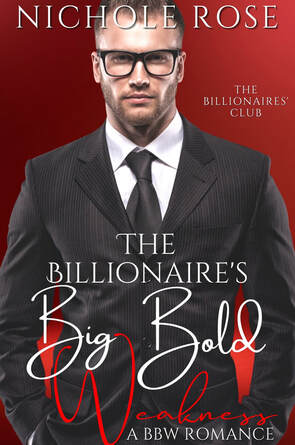 She's the only thing this reluctant billionaire can't have…

Jax
Jessa Jordan is my dream girl.
She's sassy, cute, and her curves drive me wild.
The only problem?
She's completely off-limits.
She's my best friend's little sister…and I'm her new boss.
I knew inheriting my father's fortune was going to be a problem.
I did not expect it to be this complicated.
But I'm not willing to let Jessa go.
I'll find a way to make her fall for me.
Even if it means breaking every rule in the book.

Jessa
I've been in love with Jaxon Archer since I was a teenager.
He's gorgeous, smart, and so darn good to me.
I've always had a rule about dating my brother's friends.
But I want to break it for Jaxon.
The only problem?
His whole life just changed.
He needs his friends now more than ever.
And I'm terrified being with me will destroy everything for him.
But how I am supposed to let him go when he's all I've ever wanted?
​
Warning
When this growly billionaire falls for his best friend's curvy sister, the rulebook goes out the window. If you enjoy sassy women, over-the-top billionaires, and forbidden romance, you'll love Jaxon and Jessa's smoking hot story. This sweet, steamy romance from Nichole Rose comes complete with a sticky sweet and guaranteed HEA.
Available Now on Amazon 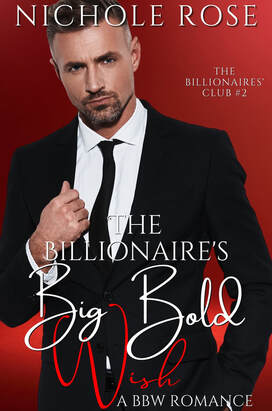 This billionaire just broke every rule in the book.

Justice
People say I'm cold. Autocratic. Merciless.
They're half right.
There's only one woman in the world who gets my blood heated...my niece's best friend, Milan.
She's been taunting me for years, pushing every single one of my buttons just because she can.
Now, it's my turn.
She thinks she knows me.
She has no idea how long I've been obsessing over her.
I plan to show her just how merciless I can be.
And I'm not backing down until this curvy little firecracker is mine.

Milan
People say I'm spoiled. A princess. Mouthy.
They're half right.
There's only one man in the world who makes me want to misbehave…my best friend's uncle, Justice.
He makes me ache for things I don't understand.
Dream about things I shouldn't.
He thinks I'm afraid of him and his reputation. I'm not.
I was born to be his princess.
And I'm not giving up until he knows it too.
​
Warning
When this sassy princess sets out to win her daddy, she'll break every single one of his rules. If you enjoy curvy heroines, over-the-top billionaires, and age gap romance, you'll love Justice and Milan's story. This sweet, steamy romance from Nichole Rose comes complete with a sticky sweet and guaranteed HEA.
Available Now on Amazon 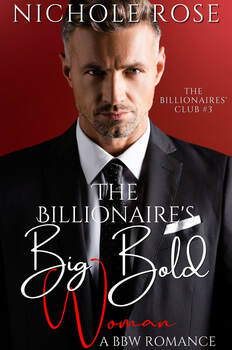 Three may be a crowd, but it takes four to make a family for this single dad and his twin girls.

Mac Sterling
Two years ago, my ex-wife tried to frame me for embezzlement.
My life crumbled, leaving me the single father of two little girls.
I swore I'd never trust a woman again…
Until Jenna Kirby waltzes into my life and turns it upside down.
She's like no one I've ever met.
Her bright eyes and big personality hide a heart of gold.
I've never felt like this about anyone. Neither have my girls.
My ex-wife going to prison didn't destroy us but losing Jenna will.
If I can't convince her to keep us, we may never recover.

Jenna Kirby
I came to town to do a job.
Instead, I spend the day playing pirates with two precocious little girls.
When I meet their father, Mac Sterling, my whole life changes.
He's the most amazing father I've ever met. He might also be the hottest.
The way I feel about him and his daughters is unreal.
But he gave love a chance once and got burned. Worse, so did his girls.
Asking him to take a chance on loving me when it could hurt them is terrifying.
But I know this man and his girls were meant for me.
Somehow, I'll make him see it too.

Warning
When this billionaire single father and his twins fall for a curvy reporter, they'll pull out all the stops to keep her forever. If sugary-sweet and extra steamy romance, doting daddies, and wily little girls make your heart pitter-patter, you'll love Mac, Jenna, and the twins! As always, Nichole Rose books come complete with a sugary-sweet and guaranteed HEA.
Buy Now 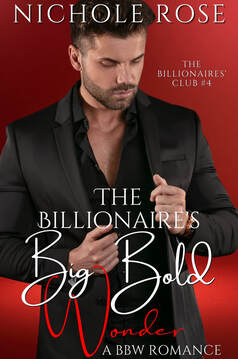 Can one magical night and two big secrets add up to forever for this billionaire and his curvy girl?

Cortez Blake
I fell hard for Piper's sassy attitude and gorgeous curves.
We had one magical night together, and then she disappeared.
She never even told me her last name.
I turned the city upside down looking for her, but I never thought I'd find her again.
Until I spotted her entering an upscale hotel in Chattanooga.
Now, I'll stop at nothing to make her mine forever.
There's only one problem.
Come tomorrow, I won't be the moderately successful man she met two months ago.
I'll be one of the biggest billionaires in the state.

Piper Daniels
I never meant to become a walking, talking cliché, but I did it anyway.
I gave my V-Card to a handsome man I met in a bar…and promptly fell in love.
Except when I woke up the next morning, he was gone.
I promised myself I'd forget all about him.
Until two pink lines changed everything.
Now, he's standing in the middle of the hotel where I work, and I'm still reeling.
He touches me, and I want to get lost in him.
But he disappeared on me once already.
Can I really trust that he won't leave me and our little secret all over again?

Warning
When this billionaire finds the curvy girl meant for him, he'll stop at nothing to claim her heart. If sugary-sweet and extra steamy romance, oops babies, and sassy heroines are your jam, you'll love Piper and Cortez! As always, Nichole Rose books come complete with a sugary-sweet and guaranteed HEA.
Buy Now