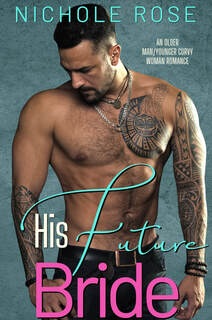 ​He's not letting her get away…even if he has to keep chasing her down.

Cash
Riley Saunders is a goddess. I'm sure of it.
She's feisty and independent, and those curves of hers drive me wild.
I think I fell in love with her the second she opened her mouth and told me off.
Now I have to convince her that no matter how far she runs, I'll follow.
She's worth the chase.
One way or another, this little virgin goddess is going to be mine.

Riley
Cash Jamison is crazy. Or so I keep telling myself.
Who decides to marry someone on first sight? He did, that's who. I think he's serious.
He's gorgeous and dominant, and I might be just as crazy as he is because I want to belong to him.
But why would a billionaire who looks like him want a curvy girl like me?
He sounds like he means it when he says I'm his…but I'm so afraid he's going to break my heart.
Please chase me, Cash. 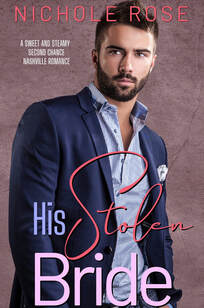 He's not giving her up...even if he has to steal her to keep her.
​
Kasen
Six years ago, I wasn't good enough for Olivia Scott.
I made the biggest mistake of my life when I left her to pursue my music.
Now I'm a country star and she's got another man's ring on her finger…but I'm not willing to let her go without a fight.
Even if I have to steal her to remind her that she's mine, I'll be the only one claiming her.

Olivia
Six years ago, Kasen Alexander left me at the altar, promising he'd be back for me.
He never returned. Now he's a big star and I have to see his face everywhere I go.
I gave up getting over him and agreed to marry a man who needs a fake wife.
It seemed like a good idea…right up until Kasen showed up.
Now I'm his hostage and he says he's never letting me go.
God, I hope he means it.

Warning
When this possessive alpha male returns for his girl, he'll stop at nothing to convince her that they belong together. If kidnapped brides, second chances, and over-the-top declarations are your thing, you're in luck! This sweet, steamy romance from Nichole Rose has all three...plus a sticky sweet and guaranteed HEA.
Now Available on Amazon 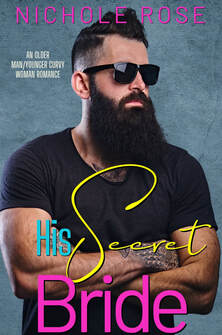 She thought she could hide from him…but Vegas isn't big enough to keep her from him for long.

Dane
My best friend's curvy little sister has been mine since the day I met her.
Sienna Davis is too young and sweet for me, but I'm in love with her anyway.
Unfortunately, I didn't know she felt the same way for me until she ran away to Vegas.
Her brother sent me to track her down.
He's going to kill me when he finds out I put a ring on her finger and made her my little princess. He can take whatever he wants from me, but I won't give her up.
Not ever.

Sienna
I've been in love with Dane Robertson since I was seventeen.
He's my older brother's rough around the edges, crazy hot best friend.
I want him to be my daddy, but I didn't know he felt the same until he showed up in Vegas.
I know he's worried my brother is going to lose it when he finds out about us, but I don't care.
I belong with Dane. I always have.
And I'm not going to give him up, not even for my brother.

Warning
When this obsessed alpha male finds his curvy princess in Vegas, he'll have a ring on her finger fast enough to make her head spin. If a secret wedding, a bossy Daddy, and over-the-top declarations are your thing, you're formally invited to join us in Vegas! All Nichole Rose books come complete with a sticky sweet and guaranteed HEA.
Available on Amazon! 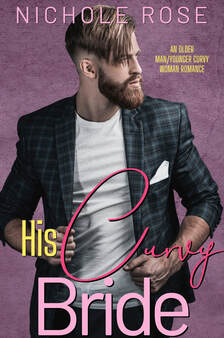 He'll convince this little songbird to trust him with her heart, no matter what.

Bentley
Cami Porter is an angel with the voice to match, but she has no idea just how beautiful she is.
From the moment I set eyes on her, I knew she was meant to be mine.
She's skittish, shy, and afraid to trust her own voice.
But she's the sweetest little thing I've ever seen.
I've got all the time in the world to convince her how perfect she is.
I'll do it, even if it means giving up the greatest song I've ever written.

Cami
I've had a crush on Bentley Reynolds since the first time I heard him sing.
When I finally meet him, he's nothing at all like the rude musician I expected.
He's sweet, kind, and says whatever he's thinking.
Now I'm supposed to help save his album, but I don't sing in front of anyone.
He says I'm beautiful and that I belong with him.
But I don't know if he really means it or if he's just trying to get what he wants. 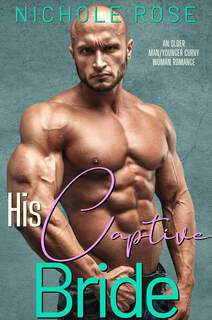 He'll make this little spitfire his, even if she fights him the whole way.

Elliot "Trick" Tricine
There are a few things in this life worth fighting for.
Sophie McGuire is one of those things.
She's a firecracker, but underneath all that attitude lies a heart of gold.
Somehow, I'll convince her that she was made for me.
Even if I have to hold her hostage until she agrees.
Desperate times call for desperate measures, right?

Sophie McGuire
Elliot Tricine is a hot, bossy giant.
But he didn't even know I existed until I woke up in his hotel room.
Now he can't keep his hands off me.
I'm not a one-night stand kind of girl, but I think I'd take him any way he came to me.
I've never done anything like this before and I have no idea what to expect.
But…nothing ventured, nothing gained, right? 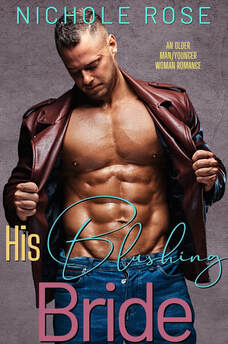 He'll do whatever it takes to claim this little angel…even if it means turning his entire life upside down.

Grant
Lily Tremaine is the prettiest little angel I've ever seen.
Her innocence calls to me like nothing else ever has.
She's supposed to be my assistant.
I want her to be my world.
I probably shouldn't have threatened to fire her five minutes after I met her.
And I definitely shouldn't be thinking about planting my kid in her.
Except I did. I am. And not a thing in this world is going to stop me.

Lily
Grant Davis has fired more assistants in the last month than I have fingers…including his sister.
But that's not going to stop me from doing what I was hired to do. Or so I tell myself.
I didn't plan on him being so hot and bossy.
I also didn't plan on calling him a rude jerk five minutes after I met him.
And I definitely didn't mean to fall in love with him.
Oh, boy. This is not at all what I expected.
​
Warning
When this older alpha male meets his innocent younger woman, he falls like a ton of bricks. Now he just has to convince her to fall too. If office romance, mouthy heroines, and over-the-top CEOs make your heart pitter-patter, get ready to fall for Grant and Lily! All Nichole Rose books come complete with a sticky sweet and guaranteed HEA.
Available on Amazon! 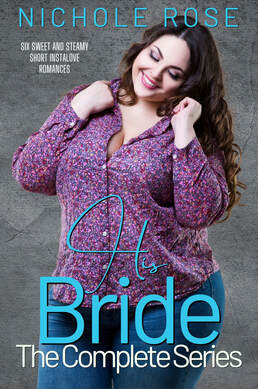 ​Six gorgeous, bossy older men will change the lives of these feisty heroines forever in this series of sweet and spicy short romances.

Meet the Titans of Tennessee – Men of industry (and music!) who work hard, love harder…and go to ridiculous lengths to claim the sassy women meant for them. They're big, bossy, and over-the-top, just the way we like them!

His Bride: The Complete Series includes all six stories in Nichole Rose's His Bride series, as well as special never-before-seen bonus scenes.

His Future Bride: When a billionaire agrees to help a country music star save his manager's company, he runs headfirst into love. Now he just has to convince his curvy girl to put her heart in his hands too.

His Stolen Bride: A country music star will go to extraordinary lengths to keep his only love from marrying another man for convenience…even if he has to steal her to convince her that they're meant to be.

His Secret Bride: This billionaire has been in love with his best friend's curvy little sister for years, but he had no clue she felt the same way. Now the race is on to lock her down before her brother finds out and tries to keep them apart.

His Curvy Bride: He had his chance at fame once and walked away. Now he's got another shot…but he needs this shy, curvy girl to help him make it big. Can he keep her and the music?

His Captive Bride: This bossy giant knows there are some things in life worth fighting for. Love, freedom, honor…and a chance with his sassy, curvy girl!

His Blushing Bride: This bossy billionaire has had a rough time since his little sister ran off to Vegas and married his best friend. But his luck changes when he meets his sassy assistant for the first time. He'll do whatever it takes to make this younger woman fall in love with him…even if it means turning his whole life upside down.

Warning
When these older men meet their younger curvy women, it's love at first sight. If you enjoy instalove, over-the-top billionaires, and laugh-out-loud romantic comedy, you'll love this series of six sweet and steamy stories from Nichole Rose. As always, all Nichole Rose books come complete with a sticky sweet and guaranteed HEA.
Get The Complete Series on Amazon!

Purchase His Bride Series Books Below

This post contains affiliate links. As an Amazon Associate I earn from qualifying purchases.
Proudly powered by Weebly