Cutie Pie is part of the multi author The Sweet Hearts series.*

This bossy hockey star just met his curvy match.
Laney
Weston Davies, bad boy of the NHL, was my dad's hero.
He's a beast on the ice…and off.
He's also rude, arrogant, and way too hot.
I came to the game to thank him for making my dad's last year so happy.
I'm leaving as the winner of a Valentine's Day date with him.
Why do I get the feeling he's behind my random selection?
And why am I thinking about actually following through?
This has bad idea written all over it.
​
Weston
Nothing gets me as heated as a bad call on the ice.
Until I save Laney Briggs from a wayward puck.
She's got the brightest eyes and the cutest annoyed face I've ever seen.
I probably shouldn't have offered to sign her chest.
I really shouldn't have scammed my way into a date with her.
But there's something about her that drives me wild.
She thinks I'm an arrogant jerk.
I think she was made to be mine.
Now I just have to convince her that I'm worth the hassle.

Warning
When this bossy hockey player sets his sights on his younger curvy girl, he'll do whatever it takes to win her. Even if he has to rig a contest to do it! If you enjoy laugh-out-loud comedy, over-the-top hockey players, and sassy heroines, you'll love Laney and Weston. As always, Nichole Rose titles come complete with a sugary-sweet and guaranteed HEA.

*The Sweet Hearts series is a collection of 14 swoon-worthy Valentine’s Day love stories from some of your favorite romance authors!
Buy Now 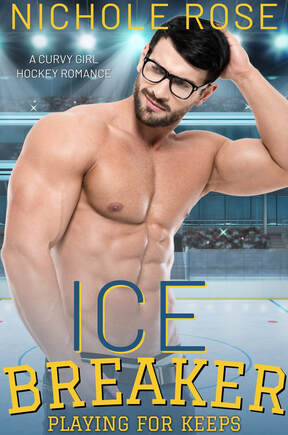 This bossy hockey star is playing for keeps with his publicist's heart.

Gray
As a hockey star, women expect me to be a player.
But dating was never on my agenda until team management made me participate in a Win a Date contest.
My date was a disaster...and now I need a new publicist.
Mine sold the humiliating photos to the press.
Enter Camila Gomes, the curvy Brazilian goddess I can't resist.
She doesn't like athletes and doesn't date clients.
But I'll find a way to prove I'm worth the hassle.
Because there's no way I'm letting this woman get away.

Camila
I knew nothing good would come of agreeing to Kelsey Lane's plea to represent Gray Larsen.
He's hot, bossy, and an athlete...three things I've never handled well.
But when he smiles at me, I go up in flames.
Maybe I should have taken him up on his offer to fire me.
Because the more time I spend around him, the harder it is to tell him no. 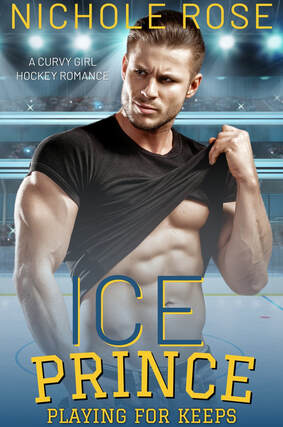 ​When life spins wildly out of control, a bossy hockey star and a curvy maid will find forever…or be forever ruined.

Theo Kline
I know everything there is to know about hockey.
Right now, I'd give everything just to understand her.
Charlotte Mabry is a curvy little goddess with the sweetest smile.
She's also my mother's boyfriend's favorite niece.
Dating her is off the table so I hired her to work for me instead.
I never expected to find her asleep in my bed.
Or for our first kiss to hit the news.
But I don't care who knows about us. She's mine now.

Charlotte Mabry
My mom always told me falling in love was easy.
But she left out important instructions.
Like what to do when your Prince Charming is a hockey star…
And you're a certified hot mess.
She also forgot to mention what to do when you find yourself homeless and falling asleep in his bed.
When I dreamed of Theo kissing me, I didn't expect it to end up like this.
Now the whole world is watching, and I'm one disaster away from infamy.
When he finds out the truth, he'll never look at me the same way again.
And I already know losing him will break me.

Warning
When this OTT hockey star falls for a hot mess, there's danger on the ice. Just kidding. But there is a lot of steam, which is basically the same thing. If you enjoy laugh-out-loud comedy, adorably sweet hockey stars, and hopeless heroines, you'll love Theo and Charlotte! As always, Nichole Rose books come complete with a sticky sweet and guaranteed HEA.
Buy Now 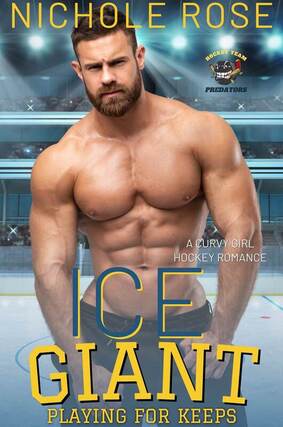 This naughty hockey player is ready for war on and off the ice. Let the games begin!

Jonas Michaud
There are two places I'm not supposed to be: in trouble and in a gentleman's club.
But thanks to my sister, I find myself in both anyway.
And just in time to rescue the sports reporter who drives me crazy.
Jamie Knight is the curviest little enemy I've ever had.
She's been publishing stories about my hockey teammates for years.
But I want her attention focused on me.
Finding me in Dionysus is the story of her career.
Imagine my surprise when it never airs.
She's determined to keep her secrets.
I intend to uncover every single one.
And I have no intention of backing down until she's mine.

Jamie Knight
There are two things I did not expect: being propositioned in a dungeon or being saved by the hockey player of my dreams.
But thanks to my best friend, here I am anyway.
I only came to Dionysus to get a peek at Nashville's naughtiest.
Instead, I'm leaving with the story of my lifetime.
But I've been in love with Jonas Michaud and his wild ways since I set eyes on him.
Publishing this story would destroy him, and that's the last thing I want to do.
So I keep his secret to keep my own.
But I did not expect him to declare war on my traitorous heart.
He knows my deepest desires now.
And this ice giant has every intention of using them to make me melt.

When this giant sets his sights on his curvy girl, nothing will stop him from claiming her. If you enjoy OTT possessive hockey players, curvy heroines, and steamy hockey romance, you'll love this wicked Canadian and his favorite journalist.
Buy Now
Proudly powered by Weebly