A Touch of Summer 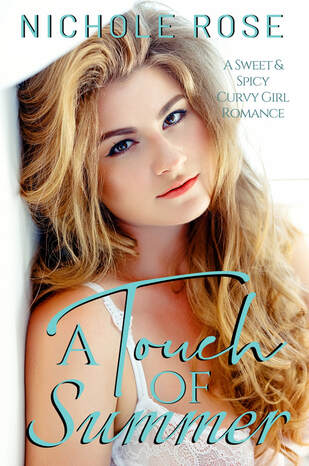 To keep his ray of sunshine in his life, he'll lay it all on the line.

Dominic
Summer Daniels is everything I ever dreamed about finding and more.
She stole my heart the minute I set eyes on her, but I'm her boss.
Trying to keep things professional between us when I want to claim her as my own is hard.
I thought keeping her at a distance would keep me from losing her altogether.
Now I might lose her anyway.
Forget that.
I'm not giving up my sunshine.

Summer
Dominic Alessi is the best man I've ever met. He's also the best boss I've ever had.
I thought we were friends. I hoped we would become more.
And then he pulled away.
Working beside him every day when I dream about him every night is killing me.
I want love and a family, but he doesn't feel the same way about me.
At least I didn't think he did…until I accidentally told him how I really feel.
Oh my goodness. What did I just do?

Warning
When this older alpha male finds out his younger curvy girl is quitting, he'll stop at nothing to change her mind. If accidental confessions, office romances, and over-the-top men make your heart race, get ready to fall for Dominic and Summer in this sweet, steamy romance from Nichole Rose. As always, a sticky sweet and guaranteed HEA are coming your way.
Buy Now on Amazon 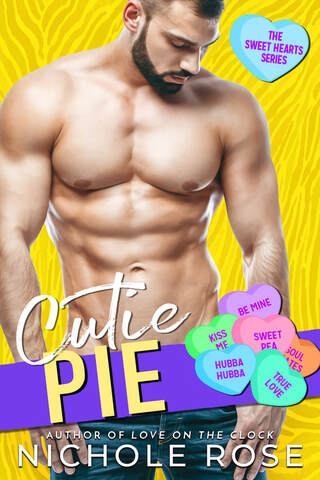 Cutie Pie is a standalone book from The Sweet Hearts series.*

Laney
Weston Davies, bad boy of the NHL, was my dad's hero.
He's a beast on the ice…and off.
He's also rude, arrogant, and way too hot.
I came to the game to thank him for making my dad's last year so happy.
I'm leaving as the winner of a Valentine's Day date with him.
Why do I get the feeling he's behind my random selection?
And why am I thinking about actually following through?
This has bad idea written all over it.

Weston
Nothing gets me as heated as a bad call on the ice.
Until I save Laney Briggs from a wayward puck.
She's got the brightest eyes and the cutest annoyed face I've ever seen.
I probably shouldn't have offered to sign her chest.
I really shouldn't have scammed my way into a date with her.
But there's something about her that drives me wild.
She thinks I'm an arrogant jerk.
I think she was made to be mine.
Now I just have to convince her that I'm worth the hassle.

*The Sweet Hearts series is a collection of 14 swoon-worthy Valentine’s Day love stories from some of your favorite romance authors!
Read Cutie Pie Now 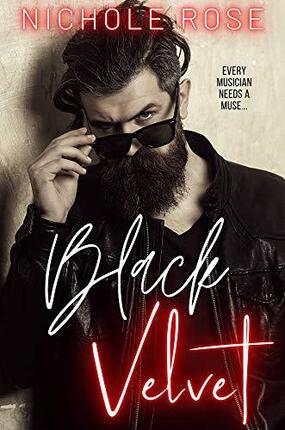 Every musician needs a muse...

Clayton
Addison Kissinger blew my mind the first time I met her.
Those sweet little lips whispering my name made me crazy.
She hasn't spoken to me since.
That hasn't stopped me from watching her.
Or kept me from craving her.
Half the world is screaming my name.
I want her begging it.
She's soft. Sweet. Sexy. Mine.
She doesn't know it yet, but she's about to find out.

Addison
I've loved Clayton Devine since the first time I set eyes on him.
So has the rest of the world.
He's a massive country music superstar.
Those skilled hands and that little boy smirk drive women wild.
I promised my best friend I would speak to him.
My boss just sent me on the road with him.
He probably thinks I'm just another annoying little fangirl.
He doesn't know it yet, but he's about to find out different.
Because I plan to bring this superstar to his knees.

Warning
When this older musician and his dream girl are thrown together, sparks hotter than a five-alarm fire will fly. If you enjoy obsessed musicians, heartfelt heroines, and karaoke hookups, you'll love Clayton and Addison. This sweet, steamy romance from Nichole Rose comes complete with a sticky-sweet and guaranteed HEA.
Read for Free in Kindle Unlimited 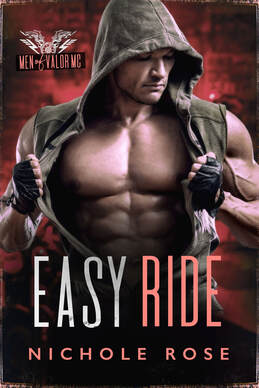 Loving his curvy lamb will be this former SEAL's easiest ride yet.

Shep
Ainsley Foster has the brightest eyes and sweetest smile I've ever seen.
Whatever she's running from sent her straight to my gym.
I want her to run right into my arms.
But earning her trust is no easy feat.
All she knows of motorcycle clubs is what she's seen on the news.
She knows nothing of men like me—those willing to die to protect the people they love.
No matter, though.
Teaching this sweet lamb will be the easiest ride of my life.

Ainsley
Shep Stratford is the strongest man I've ever met.
He's ex-military. Quiet. Ridiculously sweet. Wickedly hot.
He's also in a motorcycle club.
Yet, when I'm anywhere near him, all I feel is safe.
He knows I'm running from something. He says it doesn't matter.
But he doesn't know the biggest billionaire in Wyoming is looking for me.
When he finds out the truth, will he still want to keep me?
Or will my uncle's money ruin the best thing in my life?

The Men of Valor are more than ex-military bikers – they know what it means to go the distance for love. Hop on the back of a bike and hold on tight to your new book boyfriend – it’s gonna be one hell of a ride!
Buy Now 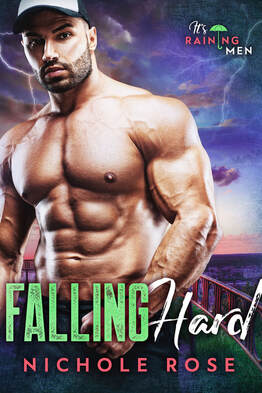 He's a mystery she can't wait to solve. She's a challenge he's desperate to win. When a spring storm strands them together, a secretive author and his feisty journalist will go all in.

Stella Quinn
Once upon a time, Adrian Kane was a football legend.
He now owns a small newspaper and writes romance novels.
He never leaves his little slice of paradise.
He's a mystery I'm dying to solve.
I'm an annoyance he'd rather forget.
Until I show up at his place during a fierce storm and fall right into his arms.
Now, my job isn't the only thing on the line.
My heart is too.

Adrian Kane
Stella Quinn is relentless in her quest to get me to talk.
She's also a curvy goddess I can't get off my mind.
She wants to share my sad story with the world.
I'd rather forget it ever happened.
Before she turned up on my doorstep, I thought I wanted her to leave.
Now I have to convince her to stay.
My past didn't kill me, but losing her will.
And in a town like Spring, Florida, there's always another man waiting to step in.
They can't have this one. She's mine.

This small town is paradise. Beautiful beaches, year-round warm weather, and friendly neighbors. There’s only one thing missing—single ladies. It’s Raining Men in Spring, Florida and the lonely residents are hungry to find their soulmates.
​
During the month of April, some of your favorite instalove authors are bringing you stories set in this fictional town where the men significantly outnumber the ladies. Come meet us in Spring to find your next book boyfriend.
Buy Now

Taken by the Hitman 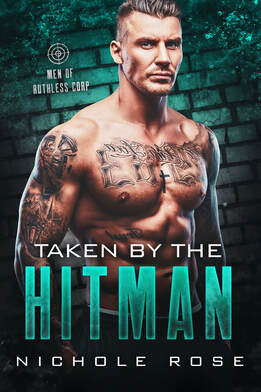 Taken by the Hitman is part of the Men of Ruthless Corp Multi Author Collaboration Series.

A little ball of sunshine just ignited this hitman's world.

Kieran "Ghost" Knight
No one sees me, even when I'm standing right in front of them.
Until I meet Savannah Greenway.
She's a little ball of sunshine with the sweetest smile.
She sees me even though she shouldn't.
Even though it's dangerous for her.
She thinks I'm a good guy. I'm not.
My past is littered with bodies.
When I think about the future though, all I see is her.
I have no business claiming her.
That won't stop me.
I'll walk through hell if that's what it takes to make her mine.

Savannah Greenway
Kieran Knight appeared out of the dark like an avenging angel.
He saved my life even though it cost him his job.
He thinks I don't know who he is.
He's wrong. I know he kills people for money.
I know that should matter to me. It doesn't.
My past is full of pain.
When I think about the future, all I want is him.
Maybe I shouldn't want him, but he was made for me.
And I won't give up until he sees it too.

If you enjoy growly hitmen, sassy heroines, and age-gap romance, you'll love Kieran and Savannah's sweet and steamy story!
​
This June, meet 22 heroes who are downright dangerous. These alphas do nothing half-way. They may have blood on their hands, but they have love in their hearts. Some romances were written in the stars -- but these hitmen must fight heaven and earth for the women they love.
Buy Now 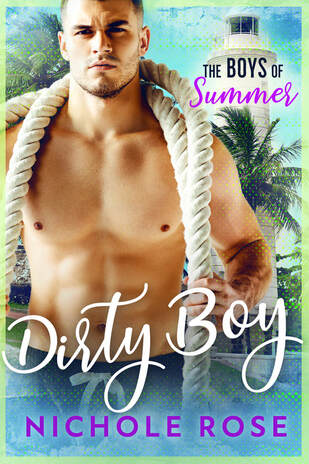 Can this dirty boy convince his curvy girl that love is worth any risk?

Dante
Behind my back, people call me rude.
To my face, they call me a star.
I never cared what anyone had to say.
All that mattered to me was football and my family.
The minute I saw Ella Morgan, everything changed.
Now all I think about is that sweet smile.
She thinks we're just a summer fling. She's wrong.
There's nothing temporary about the way she makes me feel.
One way or another, this curvy little goddess will be mine.
Even if I have to play dirty to win her.
​
Ella
Last week, I destroyed my drug-dealing father's supply and skipped town.
All I want to do is lay low until school starts.
Except Dante Duncan refuses to leave me alone.
He's the biggest, bossiest college football star I've ever seen.
He says we're meant to be.
I'm starting to believe he might be right.
But I don't need the kind of attention he draws.
I promised myself I wouldn't fall for him.
Except I'm pretty sure it's already too late.
How am I supposed to say goodbye at the end of the summer?

Dirty Boy is part of the Boys of Summer multi-author series.
Buy Now 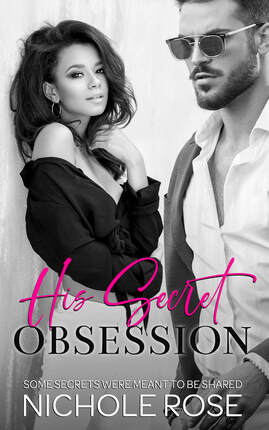 ​Some secrets were meant to be shared…

Cyrus Jordan
For six years, I've watched Gwen London from afar.
Close enough to touch but forbidden from doing so.
She's my little sister's best friend and my obsession.
She doesn't have a clue that I'd kill to make her mine.
She thinks I hate her as much as she hates me.
I'm about to prove her wrong.
Because she's leaving soon…and I can't let her go.
It's time she finally learns just how deep my obsession runs.

Gwen London
I've been told no all my life.
But nothing makes me angrier than when Cyrus Jordan is the one who says it.
For six years, I've loved him in silence.
Desperate to touch him but forbidden from doing so.
He's the one thing I want more than anything.
And the one person I can't have.
Until one night changes everything.
And I forget what I'm running from.
Will the man who once crushed my dreams be the same one who delivers them into my hands?

Warning
When this active-duty Airman comes to claim his curvy aspiring musician, sparks will fly. Can he break through her walls and claim her heart, or will she set his world on fire and watch it burn? If you enjoy obsessed older men, fiery heroines, and sugary-sweet grand gestures, buckle up and get ready to fall for Cyrus and Gwen! As always, Nichole Rose books come with a sticky sweet and guaranteed HEA.
Buy Now

You can get A Touch of Summer for FREE by signing up for Nichole's newsletter below!