Love on the Clock Series 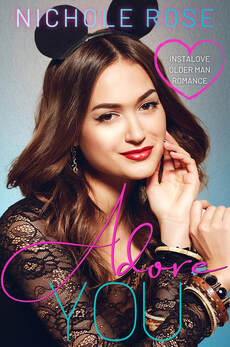 A chance meeting and a mechanical bull will unravel a former detective in the blink of an eye.

Jason
Miranda Dawes is the sweetest little thing I've ever seen.
I was obsessed with her the minute I met her…and then she disappeared without a trace.
Imagine my surprise when I found her at work the next morning.
And my horror when I realized something I said in the heat of the moment chased her away.
Now I'll do whatever it takes to win her back.
This little cowgirl was meant to be mine.

Miranda
Jason Kirby gave me my first ride.
On the back of a mechanical bull named White Lightning, that is.
And then I found out he was sent to babysit me…the spoiled little rich girl he loathes.
He doesn't know who I am yet, but he'll find out soon enough.
He's my new coworker.
I think he may be my first obsession too.

Warning
When this older man meets his younger woman at a bar, he falls hard and fast…right off the back of a mechanical bull. If office romance, over-the-top men, and mutual obsession make your heart pitter-patter, you're going to love Jason and Miranda. This sweet, steamy romance from Nichole Rose is chock full of all three…plus a sticky sweet and guaranteed HEA.
Available on Amazon 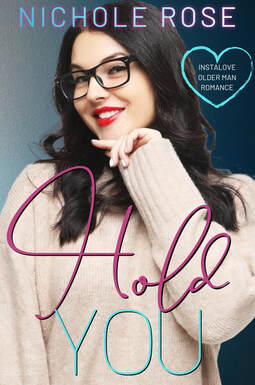 This giant Russian will fall like a ton of bricks when he meets his curvy angel.
​
Knox
Lauren York is the cutest little angel I've ever met.
Her sweetness is like nothing I've ever known.
And her innocence drives me crazy.
I know nothing of caring for such a girl.
I probably shouldn't have kissed her five minutes after I met her.
I definitely should not be chasing her all over the office.
But that won't stop me.
This little angel is mine. And I'm not giving up until she agrees.

Lauren
Knox Mikhail is a giant Russian bully.
He's also hotter than Hades, bossy, and growly.
I didn't mean to kiss him five minutes after I met him.
Or kick him in the shin right after that.
Now he says I belong to him.
Why does that sound so good?!
Oh, man. I'm in so much trouble here.

Warning
When this older Russian meets his curvy younger woman, he falls head over heels. If office romance, over-the-top Russians, and sassy heroines make you happy, get ready to fall for Knox and Lauren in this laugh-out-loud romantic comedy. This sweet, steamy romance from Nichole Rose is chock full of all three…plus a sticky sweet and guaranteed HEA.
Read Hold You Now 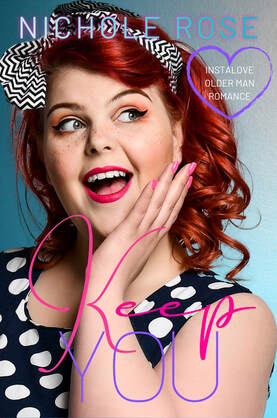 Ian
Holly Simpson is my dream woman.
She's loud, bright, fierce…adorable. A complete mess.
I came here for her help.
I'm determined to leave with her heart.
But how do you catch a fairy and claim it as your own?
I don't know.
I won't let that stop me.
This little warrior is mine and I'm keeping her.

Holly
Ian Sterling is big, bossy, and wildly inappropriate.
He's also the man of my dreams.
I've been hiding from him since the first time I set eyes on him.
Now he needs my help saving his business and his family.
He says we're getting married.
I want to believe him.
But now the fate of his company and his family is in my hands…
And I have bad, bad news.
​
Warning
When an older billionaire meets his curvy younger woman, she'll have him on his knees. Literally. If office romance, over-the-top men, and hot mess heroines make you laugh, get ready to meet Ian and Holly in this laugh-out-loud romantic comedy. This sweet, steamy romance from Nichole Rose comes complete with a sticky sweet and guaranteed HEA.
Buy Keep You Now 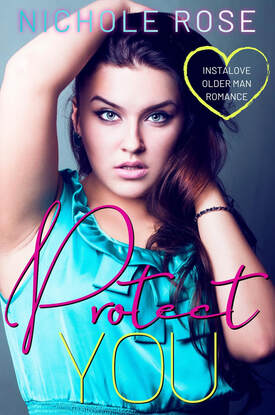 This soldier will wage war to win a future with his feisty girl.

Bryant
I loved Gia Duncan the day I met her.
But I knew I had to ship out, so I said nothing.
I'm back now, and all I want is to claim my girl.
I think I have a real chance until I say something stupid.
Now she wants nothing to do with me, but that's too bad.
An angry client is targeting her, and I'm her first line of defense.
I just left a war zone.
​I'll wage another if that's what it takes to win her heart and her safety.
She's mine to protect, and I'm taking no prisoners.

Gia
I thought Bryant Denver cared about me.
But I wrote him every week. He never wrote back.
Now he's accused me of sleeping with my brother.
And saved me from a crazy client.
He says I'm his and swears he's not going anywhere.
I'm so afraid to let him in again.
He broke my heart once.
Can I trust him to protect it this time?

Warning
This older soldier isn't afraid to fight dirty to claim his younger woman. If office romance, over-the-top men on a mission, and feisty heroines make you happy, you'll love Gia and Bryant. This sweet, steamy romance from Nichole Rose comes complete with a sticky-sweet and guaranteed HEA.
Read Protect You Now

Love on the Clock: The Complete Series 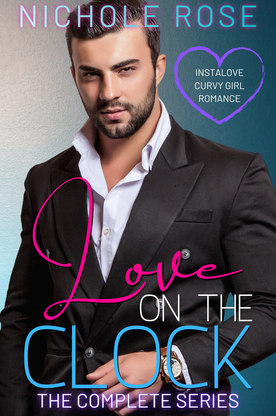 Grab your coffee, clock in, and get ready to fall head over heels for this series of short office romances featuring over-the-top men and their sassy (and curvy) women!

Love on the Clock: The Complete Series includes all four books in this adorable instalove series, plus never-before-seen bonus content.

Adore You – When Jason Kirby meets Miranda Dawes at a bar, he falls head over heels…only for her to disappear. It's a good thing he's her new coworker, because he's not willing to give up that easily! Can this former detective convince this hesitant heroine that he's the man for her?

Hold You – Knox Mikhail knows exactly what he wants when he meets curvy receptionist Lauren York but convincing her isn't so easy. Can this bossy Russian with a heart of gold teach Lauren that she's so much more than she believes?

Keep You – When billionaire Ian Sterling hires Holly Simpson to help save his company, he gets far more than he expected from this curvy girl. Now he just has to convince her that a future together is exactly what they need.

Protect You – Former SEAL Bryant Denver has been in love with Gia Duncan since the day he met her at work. But he kept it to himself, not wanting to ask her to wait for him on his last deployment. Now he's back to claim his girl…if he can convince her to give him a chance.

Warning
These older men won't let the women meant for them go without a fight. If you enjoy instalove, laugh-out-loud comedy, over-the-top men, and sugary sweet romance, you'll love this series of four sweet and steamy love stories. As always, all Nichole Rose books come complete with a sticky sweet and guaranteed HEA.
Read The Complete Series on Amazon

Purchase Love on the Clock Series Below:

This post contains affiliate links. As an Amazon Associate I earn from qualifying purchases.
Proudly powered by Weebly