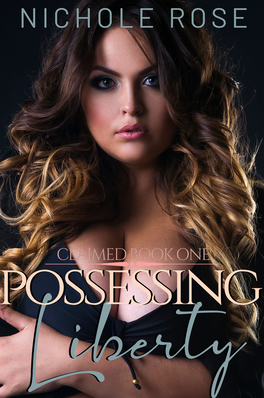 Killian
I'm a military man…rough, demanding, and used to being obeyed.
I don't do love. I don't date. I don't have time for either.
But Liberty Connor has me rethinking everything.
One kiss from those sweet lips, and I'm hers.
How do you convince an angel to fall for the devil?
You possess her.

Liberty
Killian Thorne is my worst nightmare.
Bossy, scarred…and hot as Hades.
He offered me a fortune to help him save vulnerable soldiers.
There's just one problem.
Who's going to save me from him when I fall hard for him and his rough ways?

Warning
This gruff older man isn't afraid to play dirty when it comes to his younger curvy woman. To convince her to fall, he'll teach her every wicked trick in the book. If instalove, heat, and over-the-top men make you sweat, get ready to fall for Killian and Liberty in this sweet, steamy romance from Nichole Rose. As always, a sticky sweet and guaranteed HEA is coming your way.
Available in Kindle Unlimited 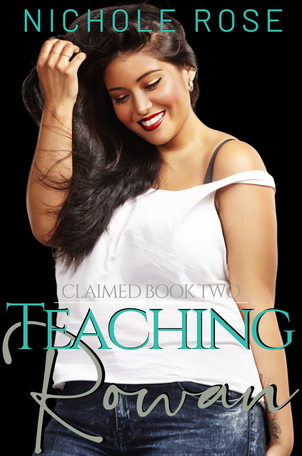 Rowan Lassiter is pure magic.
I was under her spell the moment she opened her mouth.
But she's a teacher, and I'm her boss.
The rules say she's off limits…that dating her is out of the question.
I guess it's a good thing a little scandal never hurt anyone, right?
Because no one is going to tell me I can't keep what belongs to me.

Rowan
All I've ever wanted to do is teach.
Right up until I ran straight into Dr. Sebastian Thorne, our new Superintendent.
Falling for him would be crazy, especially since the principal already hates me.
But I think it might already be too late for that.
Because all I want to do now is lose myself in him and the way he makes me feel.
Baby Jesus, please don't make me choose between him and the kids I love.
I promise I'll never ask for anything else.
​
Warning
When this curvy teacher runs right into her older billionaire boss, sparks fly. If instalove, rule-breaking, and over-the-top billionaires make you happy, get ready to take notes from Sebastian and Rowan in this hilariously sweet, steamy romance from Nichole Rose. As always, a sticky sweet and guaranteed HEA is coming your way.
Now Available on Amazon 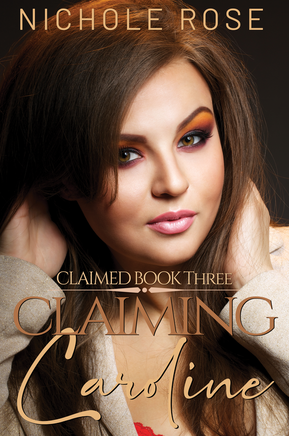 Even Prince Charming has a wicked side…

Jared
I didn't believe in love until I met a princess at a ball.
And then she vanished.
Imagine my surprise when she shows up in my office a day later.
She's beautiful, fierce, and has the courage of a lion.
She's also a student at my college…and her sister is my star student.
Claiming Caroline Thorne may destroy everything I've worked for.
Letting her go will destroy me.
Some risks are worth taking.
She's one of them.
Caroline
Jared Kingston made me believe in magic.
And then the clock struck midnight.
Imagine my surprise when I find out my handsome prince is my sister's despot professor.
The one I came to confront.
He's charming, intelligent, and everything I've ever dreamed about.
Being with me could ruin his career…and break my sister's heart.
Telling him no might shatter mine.
Some risks are worth taking.
But how can he be one of them when it might end in disaster?

Warning
When this autocratic professor meets his curvy princess at a masquerade ball, he finds his future. And then she disappears. If you think he's willing to give up that easy, you clearly haven't read an NR title before. If instalove, sassy princesses, and over-the-top professors make you happy, get ready to fall for Jared and Caroline in this sweet, steamy romance. As always, a sticky sweet and guaranteed HEA is coming your way. No cheating.
Available now 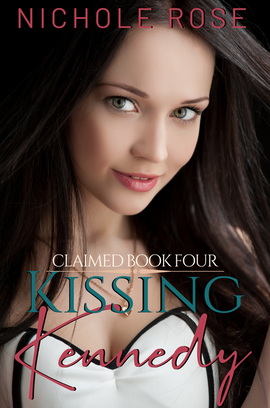 Two worlds will collide when an older tattoo artist meets his innocent future.

Asher
Kennedy Thorne is an obsession I can't shake.
One look into those big green eyes, and I'm hooked.
But the two of us are from different worlds.
I'm rough, dirty, and rude, with a past I can't hide.
She's an innocent little angel with big dreams and a bright future ahead of her.
But an angel this sweet was made to be corrupted.
I'd follow her to hell if she asked it of me. I'll give her heaven if she lets me.
Because I don't care what anyone says…she belongs to me.

Kennedy
Asher Reynolds is the perfect storm…big, fierce, and unexpected.
He's also the most beautiful man I've ever seen.
His tattoos tell a story I'm dying to know. So do his eyes.
Everyone treats me like I'm helpless.
Not him. He sees me. He knows me.
And he treats me like I'm his.
But his life is in Nashville, and my future isn't.
Can I really have him and my dreams, or are we destined for heartbreak?

Warning
Two worlds collide when this bossy older man meets his talented younger woman. If instalove, an obsessed tattoo artist, a good girl with big dreams, and a wedding hookup sound like a match made in heaven, you'll adore Asher and Kennedy in this sweet, steamy romance. As always, a sticky sweet, and guaranteed HEA is coming your way.
Available now 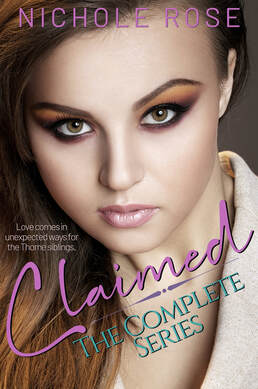 Love comes in unexpected ways for the Thorne siblings in this short romance series!
Get ready to fall headfirst for these over-the-top men and their sassy women in Claimed: The Complete Series. This series includes all four books in the series, plus never-before-seen bonus content!

Possessing Liberty - When Killian Thorne hires curvy software engineer Liberty Connor to help him launch a non-profit for veterans, he falls hard. Can this gruff Marine convince Liberty to let go of her fear and trust him with her heart?

Teaching Rowan - Sebastian Thorne didn't expect to find a curvy goddess when he took on his new role as Superintendent of San Francisco's school system. Now that he has her, he's not willing to give her up without a fight in this romantic comedy.

Kissing Kennedy - Two worlds collide when Kennedy Thorne meets Asher Reynolds at her friend's wedding. Can the youngest Thorne sibling find her happily-ever-after with the growly tattoo artist, or will she be forced to choose between love and her dreams?
​
Warning
When these older men meet their sassy younger women, they fall hard, fast, and forever! If you enjoy instalove, over-the-top men, and sugary sweet romance, you'll love the Thorne siblings. As always, all Nichole Rose books come complete with a sticky sweet and guaranteed HEA.
The Complete Series is Available on Amazon