One Night With You Series 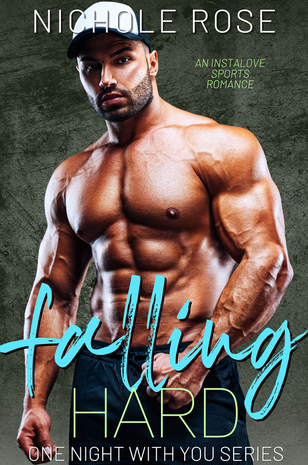 He's a mystery she can't wait to solve.
Stella
Once upon a time, Adrian Kane was a football legend.
He now owns a small newspaper and writes romance novels.
He never leaves his little slice of paradise.
He's a mystery I'm dying to solve.
I'm an annoyance he'd rather forget.
Until I show up at his place during a fierce storm and fall right into his arms.
Now, my job isn't the only thing on the line.
My heart is too.
Adrian
Stella Quinn is relentless in her quest to get me to talk.
She's also a curvy goddess I can't get off my mind.
She wants to share my sad story with the world.
I'd rather forget it ever happened.
Before she turned up on my doorstep, I thought I wanted her to leave.
Now I have to convince her to stay.
My past didn't kill me, but losing her will.
And in a town like Spring, Florida, there's always another man waiting to step in.
They can't have this one. She's mine.
If you enjoy over-the-top growly men, feisty heroines, and sugary-sweet romance, you'll love Adrian and Stella's sweet and steamy story! 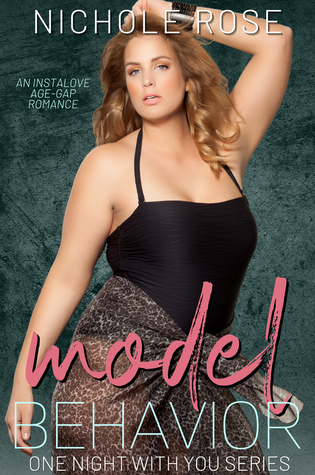 The heat between this curvy model and an infamous photographer will melt the camera. But will it lead to forever?

Trinity Larsen
I may own a modeling agency, but it's been a long time since I was in front of the camera.
Until I was named one of Le CRV Magazine's Women of the Year.
The infamous photographer, silver fox and certified grump, Sage Grimes, is in charge of the photoshoot.
He makes me want to come alive for him...in more ways than one.
He asked for one night. I agreed.
But I think I made a mistake.
The night hasn't even ended, and I'm already hooked.

Sage Grimes
A photographer's role is to capture his subjects.
But we're not supposed to want to keep them for ourselves.
Except that's exactly what I want to do with Trinity Larsen.
I never expected to fall this hard and fast for that beautiful smile.
Asking for one night was a mistake.
Forever is where I should have started.
Because she's leaving in the morning, and I'm not ready to let her go.
Is it too late to change the rules of our agreement?

When this curvy model decides to give it up to a growly older man, she falls hard and fast for his bossy ways. Will one steamy night be the start of forever? If you enjoy steamy-sweet short instalove reads, boss babes, and a little bit of risk, you'll love Trinity and Sage! Model Behavior is part of the Le CRV series.

Le CRV isn’t just a magazine; it’s a way of life, and these five curvy women are going to show you what it’s all about. Whether they're whipping up batches of tasty chocolate treats or designing stellar, trend-setting outfits, they do it with style, grace, and killer curves. This August, meet Le CRV Magazine's Women of the Year and the men who love them.
Buy Now 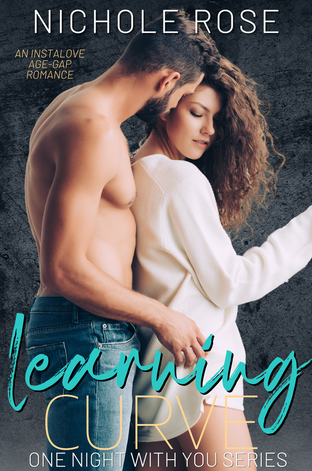 Maya Denver
My mom always said there are plenty of fish in the sea.
But she never met Kane Maxwell.
He's the only fish I see.
He's everything I've ever wanted in a man—caring, intelligent, hot, and bossy.
The only problem?
He has no clue who I am until I sign up for a curvy dating app and match with him.
He knows who I am now...except for that one pesky detail I forgot to mention.
He's my new professor.
And classes begin Monday.

Kane Maxwell
Three days ago, I fell in love with an angel and did the unthinkable.
I joined the dating app I heard her talking about just so I could find her.
When I do, she's everything I knew she would be--beautiful, sweet, sassy.
Her big green eyes and voluptuous curves drive me wild.
The only problem?
Relationships with students are strictly forbidden.
I should have told her the truth from the start.
But when she looks at me, I'm not thinking about class.
All I'm thinking about is making her mine forever. 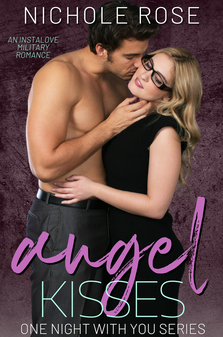 A little New Years' magic will send a former SEAL and his curvy girl up in flames.

Masen Starks
Six months ago, I found my future.
Theia Perry is the sweetest little angel I've ever met.
When I'm with her, I'm invincible.
But she doesn't need a damaged soldier like me messing up her life.
I shouldn't have asked her to this New Year's Eve party.
But I can't bring myself to regret it.
She deserves better than me.
But before the clock strikes midnight, she'll be mine in every way.

Theia Perry
When I took a job working with veterans, I never thought I'd fall for one.
Masen Starks is a legitimate hero.
And the man of my dreams.
To him, I'm just a curvy college kid and orphaned Army brat.
But when he asks me to the annual New Year's Eve party, I jump at the chance.
One way or another, I'm going to prove that I'm more than he sees.
Tonight, I'm going to be the woman he can't resist.

When this younger curvy girl decides to go get her older SEAL, she ignites more than just fireworks. If you enjoy steamy holiday romance, bossy SEALs, and sassy heroines, you'll love Masen and Theia's sugary-sweet and extra steamy story! Angel Kisses is part of the Midnight Kisses series.

This year, make the ultimate resolution to fall in love with the sexiest book boyfriends around.
Midnight kisses, parties in the city, cozy cabins, and all the taboo sexiness you can handle.
Strap on your slippers, and get cozy, cause these men are coming to you.
Buy Now
Proudly powered by Weebly